Snapshot in History: A Lethal… Photo 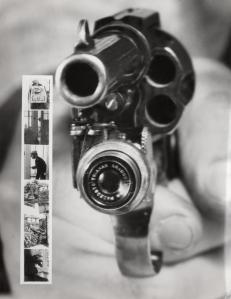 New York, 1938 – The image is of a Colt 38, adapted to carry a small camera that automatically takes a picture when you pull the trigger.   To the left of the gun is a strip of 6 photos taken by the camera.

I assume that using such a camera was a good way to get yourself in the headlines – as a statistic.  Either the police or the mob would have had trigger-fingers back in the 30’s in New York, Chicago, or any other big city with mob or gang territorial issues…  but to each his own camera brand I guess!

Back in the days before internet was even a twinkle in the eyes of a Star Trek script writer and television wasn’t even a twinkle in anyone’s eye but an inventor’s, and regional economies were largely either agriculturally- or industrially-based, people out in the rural parts of America contented themselves with a rare trip to “the big city” (which might have been a one-horse town, but was big compared to isolated farm life) for basic and limited supplies.  But in 1872 that began to change, when Aaron Montgomery Ward conceived of a mail-order business for dry-goods.  Gradually, as his business grew and survived the Chicago Fire of 1871 (which consumed his first inventory), and survived the attacks of small-town stores who’d had a monopoly on customers, the concept became popular.  Extremely popular, to the tune of 3 million catalogues of ~4 lbs. each by 1904 (not bad, considering the first “catalogue” was a one-sheet price list).  You could order everything imaginable, including a complete DIY house kit and live animals.

My father’s parents, born 1899 & 1901, were Kansas farmers (my father was born 1941); I remember the “Monkey Ward” catalogues stacked up with their rival company, Sears, Roebuck & Co, on a small wooden table in the living room of their farm house.  What didn’t get ordered got used as kindling for the cast-iron potbelly stove.  The illustration above is a page from a 1934 catalogue; I know from stories that my grandmother ordered chicks like this on more than one occasion.  Honestly I couldn’t tell you more than Longhorns as far as chicken breeds go; and there were no less than eight breeds offered through the catalogue.  Back then you paid $1.90 for 25 live chicks to be delivered; now (here in Switzerland, anyway) we pay $6.50 for 12 eggs.  Times have changed!

Here are a few more photos from the 1934 catalogue for your edutainment. 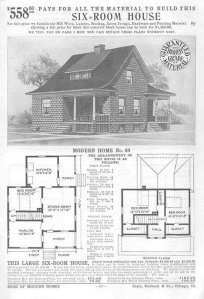 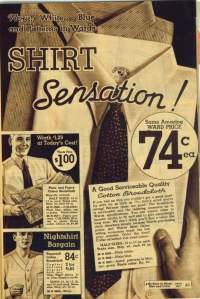 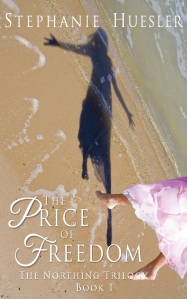 This coming weekend, from Saturday 22 March, 6:00 a.m. (PST) through Sunday 23 March, 11:00 pm (PST) my first novel, “The Price of Freedom” will be available on Kindle for $3.99 instead of $6.99!  As of next week, the title will also be available in paperback!  I’m excited to finally have the paperback edition available to those of you who’ve been asking for it.  Please—pass the news on to your friends and contacts!  Share, link, and shout it from your rooftops (preferably without getting arrested)… you are my greatest asset when it comes to getting the word out, getting into the hands of people who enjoy reading, and enjoy the genre of the likes of Jane Austen and Georgette Heyer!

A Horrifying Chapter in the History of Contraceptives

Contraception has been around for millennia; but even up through the 1950s it remained a placebo at best, and a death knell at worst.  Click on the image below to see a fascinating article on the subject of contraception using Lysol.  [For those of you unfamiliar with the product, it is a disinfectant still used in household cleaning in some countries today.] 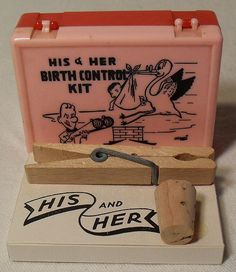 The History of Prosthetic Technology

The oldest allusion to a prosthesis is found in the Rigveda, a collection of Sanskrit songs that was probably composed sometime between 1700 and 1100 B.C., making it one of the oldest extant texts of any Indo-European language.  The story of Vishpala is told, in which the woman warrior loses a leg during a night-time battle, and she is given a “leg of iron” so that she can continue running.  The Egyptians used them, as did Romans and Greeks; jointed prostheses began to appear surprisingly early, with functional extremities appearing as early as the 1500s, though the definition of “functional” is a loose one… it may simply mean that it enabled them to become mobile again, or at least appear physically “whole”.  Considering the fact that even up into the 18th century the most common way of treating an injury (mangling, or injury from a gunshot wound or ship’s accident) was to saw the limb off (and usually without any anesthetic except a bottle of rum), it’s a good thing they developed a way of compensation, though usually only the more wealthy could afford a limb that would actually do them any good.

I speak from personal experience, having had a rib removed for major surgeries as a child:  a missing limb that was once linked to the brain through the nervous system is missed indeed; phantom pains are unstoppable by conventional medicine because the nerve irritated might by signaled from the bottom of a foot that no longer exists to be massaged, or for medication to reach.  While the examples below are surprisingly complex ones, keep in mind that during periods of upheaval such as war or natural disaster when large numbers of amputees occurred at once, the demand far outstripped the production and cheap solutions (read “wooden peg”) were far more common.

With that in mind, enjoy a few historical images of prostheses.   And attached to each of the images is a video, taking you back in time through the history of prosthetics and the people who have made and worn them. 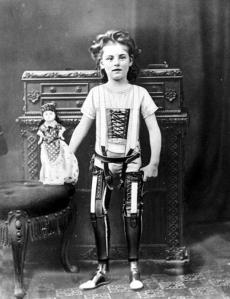 A Brief History of the World in Maps

I came across an interesting collection of maps representing changes to the world through the history of maps; historically- and geographically-speaking, maps did not have a tendency to be too accurate as far as actual coastlines, and they may have taken a bit of artistic license as to the size of the artist’s patron country or enemy nations, but they give a fascinating insight to the mentalities and techniques behind their creations.  And I didn’t find a single “thar’ be dragons” on any of these maps.  Just click on the photo below to follow the link.

Snapshot in History: The Baby Cage

This photo (taken ca. 1937) was the solution busy city dwellers had for their children:  A good dose of fresh air and sunshine, dangling out of a window a few stories high.  To see a British ad for this device, just click on the photo below.