RSS Feed
← On Society vs. the Mind
The Extraordinary Life of Zitkala-Ša →

The Immortality of Henrietta Lacks 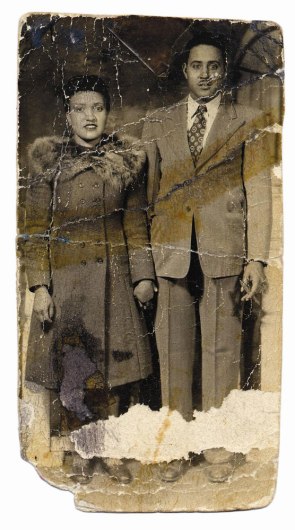 Born in 1920 as Loretta Pleasant, when her mother died giving birth to her 10th child and the father could not support the family, the children were divided among relatives to be raised.  Loretta, who became known as Henrietta, was sent to live with her grandfather, Tommy Lacks, who lived in a two-storey log cabin (former slave quarters) on the tobacco plantation of her white great-grandfather.  After having five children with her first cousin, whom she married after their first two children were born, she died at the age of 31 of cervix cancer.

What is most remarkable about her life is something she never knew:  During the diagnosis of her cancer, done at Johns Hopkins (the only hospital near her home that would treat black patients), her doctor, George Gey, was given samples of her cervix.  Before this time, any cells cultured from other cells would die within days.  Dr Gey discovered that her cells were remarkably durable, and prolific.  A selection of her cells was isolated and cultured (without her knowledge) into the immortal cell line that became known as HeLa Cells; they are still in use today, being the first human cells to be cloned successfully, in 1955.

HeLa cells are so prolific that if they land in a petri dish, they will take over; they have been used to create the vaccine against Polio, in research for AIDS, gene mapping, cancers and countless other projects; to date, scientists have grown over 50 million metric tonnes of her cells*, and there are nearly 11,000 patents involving these cells*.  Her name should be known, and as the godmother of biotechnology, her history deserves to be undusted!

For a fascinating book on this topic, see The Immortal Life of Henrietta Lacks, by Rebecca Skloot.

*For a more detailed article in the New York Times, click on the photo.

A melancholic pragmatist with a wide streak of mischief and an active imagination that turns into novels.
View all posts by Trinity »
← On Society vs. the Mind
The Extraordinary Life of Zitkala-Ša →