There was once a man in a large department store in America, balancing a canoe on his head as he passed the cashiers at the front of the shop, and the security guards; he smiled sheepishly and pointed to the canoe, saying, “They didn’t have a bag big enough.”  Only after he was long gone did they find out that he’d stolen the canoe – it was in plain sight, but because it was so bold, no one ever thought to ask to see a receipt.

Hiding things in plain sight is a frequently-used form of deception, from animals to thieves, and in this particular story, a cyclist whose racing bike was stuffed with forged documents; but the cause was much more important, and changed the lives of countless thousands through the generations.

Gino Bartali (July 1914 – May 2000) was a champion racing cyclist in Italy, who won races both before and after World War 2.  A devoutly religious man, he used his celebrity status, as well as the cover story of “training” to ensure that hundreds of Jews were rescued from the Nazi occupation in Italy.  Not only did he risk his and his family’s lives by hiding a Jewish family in his cellar, but he also used his fame to slip by undetected as he delivered forged documents and messages hidden within the frame and handlebars of his bike.  In 1943, he led a group of Jewish refugees toward the Swiss Alps; he cycled, pulling a wagon with a secret compartment; when he was stopped by a German patrol, he simply said that it was part of his training.  Working with the Assisi underground, his speed, fame and cover story enabled him to quickly travel 35-40 trips between Florence to Perugia, Assisi, Lucca and Terontola to deliver paperwork that saved the lives of over 800 Jews; if you look at those distances on a map, its mind boggling to think that he often made the trip out and back within the same day.

When he went to train stations, he would use the confusion of the crowds of fans to distract the German guards checking the identifications of passengers entering the train, thus slipping the Jews aboard in the chaos.  Once, when he was taken in for questioning, he asked that they not touch his bicycle, claiming that its parts were very carefully calibrated to achieve maximum speed.  He believed that talking about the good one does is taking advantage of others’ misfortunes for personal gain.  “Good is something you do, not something you talk about.  Some medals are pinned to your soul, not to your jacket.”  He refused to wear the label “hero”, wanting instead to be remembered for his sporting achievements; he said, “Real heroes are others, those who have suffered in their soul, in their heart, in their spirit, in their mind, for their loved ones. Those are the real heroes. I’m just a cyclist.”

He kept his actions hidden for over 50 years, and only after his death did the story begin to emerge; he was declared one of the “Righteous Among the Nations” in 2013.  Please click on the image to watch a short video about a cycling tribute along the routes he traveled. 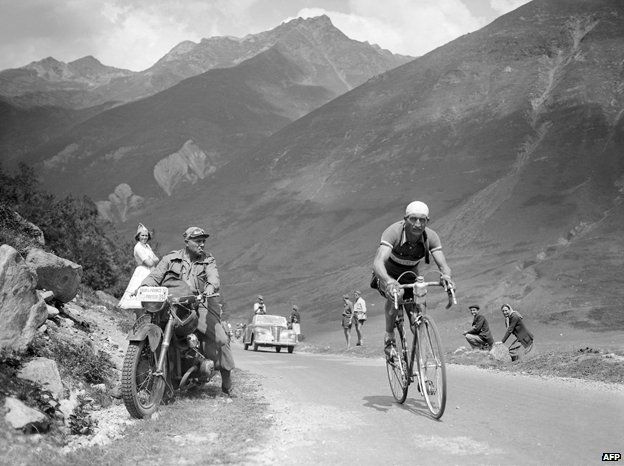 Groucho Marx is probably one of the most famous, and most recognizable, comedians of the 20th Century. Here are a few of my favourite quotes, along with a bit of history on the man himself. Enjoy!

Julius Henry Marx (1890-1977) is best known as Groucho Marx, a member of the Marx Brothers comedy group (along with three of his brothers, Harpo,and Chico and Zeppo).  He was known for his rapid-fire wit and snappy comebacks.

He also once said, “I get credit all the time for things I never said.”  A case in point is a quote that is famously attributed to him, though he denied ever having said:  When Marx was hosting a television show called You Bet Your Life, he asked a contestant why she had chosen to raise such a large family (19 children), to which she is said to have replied, “I love my husband”.  Marx supposedly retorted, “I love my cigar, but I take it out of my mouth once in awhile.” Though the show was pre-recorded for editing purposes (he was known for innuendo-laced remarks), there was never any footage…

Posted in Cuisine of the Past. Bookmark the permalink. 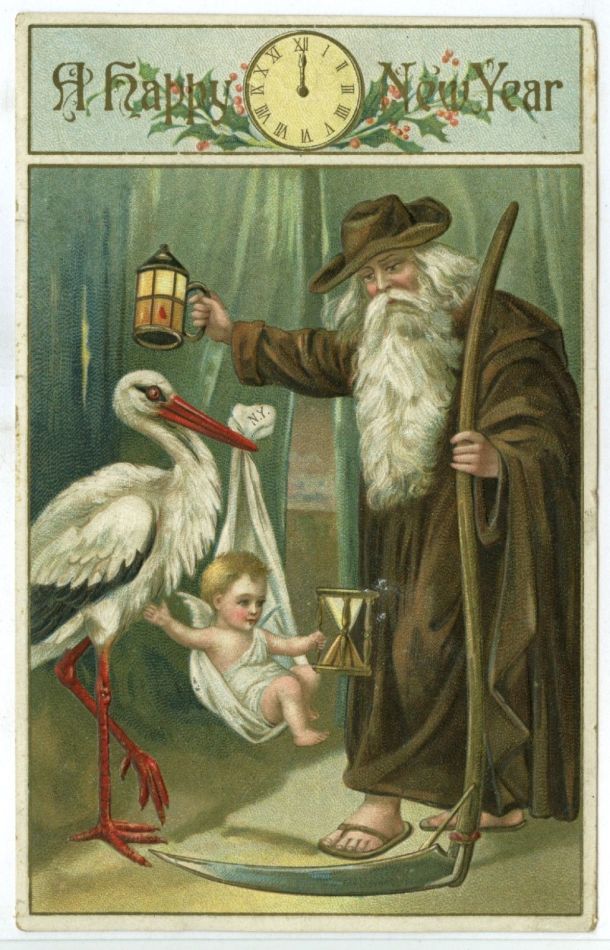 Posted in Cuisine of the Past, Image, Vintage and tagged Father Time, Happy New Year, Stork, Vintage. Bookmark the permalink.
Loading Comments...
%d bloggers like this: